Do we compose with the intellect or the heart? John Adams in Madrid

One of the questions posed at a panel discussion in Madrid in February with American composer John Adams as guest speaker was: when you are composing what is the relationship between the cerebral and the emotional aspects? 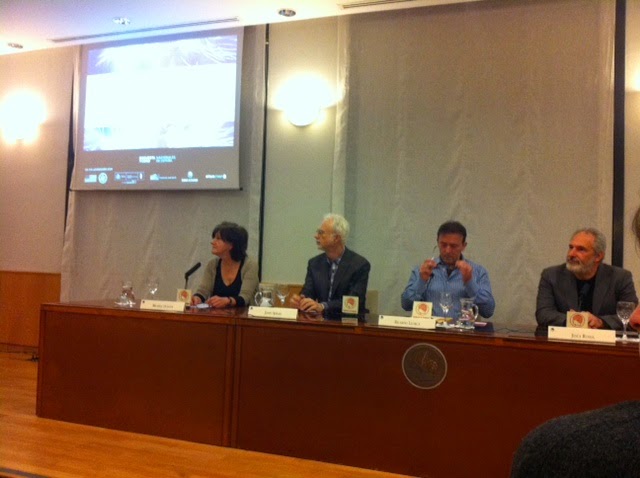 John Adams answered the question in Spanish and these are the notes I made of his answer:
“Schoenberg is a composer who wrote about how we need both head and heart. In the 60´s and 70´s when I was studying, everything was very cerebral. There were expressions such as Boulez talking of cleaning away the past. Yesterday I was reading Stravinsky´s autobiography and he makes a distinction between youthful works and those from his mature years. My early models were Heinrich Schütz and Renaissance music, which has soul but is also very cerebral.
Then came Minimalism, which includes aspects of modernism but which re-introduced regular pulse and melody. Minimalism was like a new source of inspiration and it attracted audiences back.
Music is an act of communication which is fundamentally about feeling.”

There followed various comments from some of  his fellow panel members along the lines that composers like John Adams and his generation had moved away from the styles of the mid century European composers, and what a relief this was, because composers such as Boulez and Stockhausen used a musical language which was a dead end and which did nothing but alienate the public from contemporary music.

John Adams did not endorse those comments. His views, clearly explained in his autobiography Hallelujah Junction, are that he saw limitations for composers who worked within the strictures of one “method” or another, be it strict serialism or minimalism, but he maintains a respectful attitude towards those composers.

The most moving moment in the evening came when a questioner referred to the different musical languages used by John Adams during his long composing life, and asked how he decided which language he would use as he set out on a new composition.
John Adams answered:
“I do not think that there are different languages in my music. For me it is all joined, one  unity. When I am composing I never think in terms of one style or language or another. When I am composing I try to express what I feel in my heart.”