It´s always a pleasure to go to the Nieuwe Kerk in The Hague for a concert. The original 17th century architecture has been beautifully restored and acoustic panels designed by Siemens provide a resonant acoustic ideal for concerts. 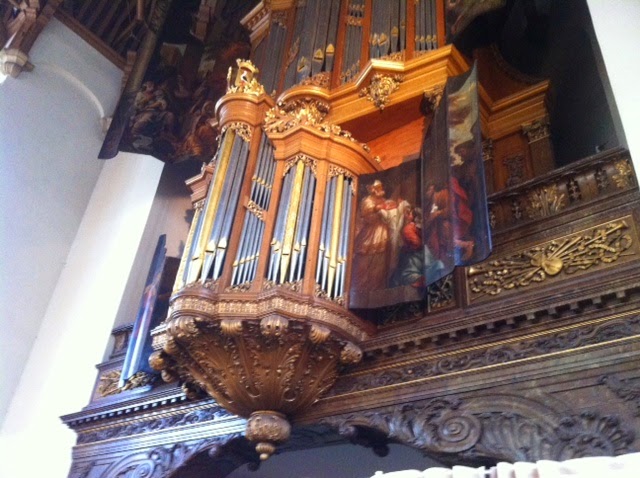 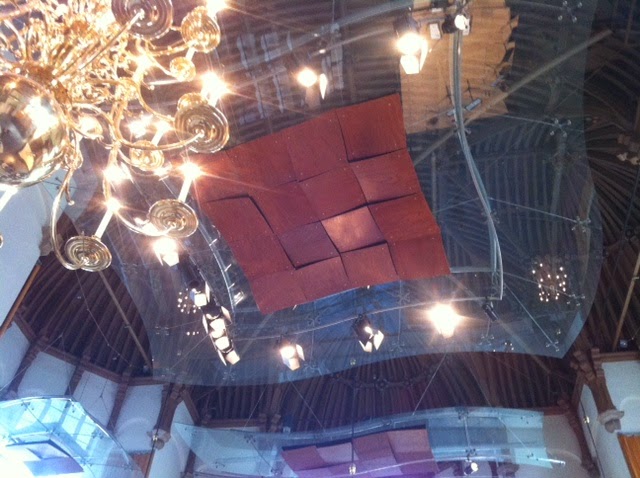 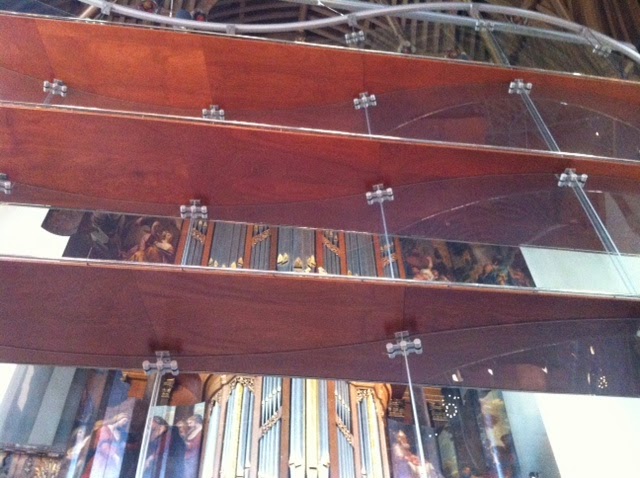 Last Sunday´s concert was preceded by a short performance by the Residentie Kamerkoor directed by Jos Vermunt. He chose two excellent pieces, the Vespers on the first  three Psalms by Rachmaninov and three pieces by Schnittke. This was a perfect choice of repertoire for this amateur   choir : the first pieces were accessible and melodic and easily within reach. The Schnittke pieces were in a challenging musical language, with irregular rhythms and dissonant harmonies and the choir sang them very well. This unexpected bonus was a real pleasure.


Then followed the main concert  given by the Nederlands Kamerkoor  chamber choir   directed by Daniel Reuss. The programme´s first half  was made up of the Reincarnations by Barber, O Magnum Mysterium by Morten Lauridsen, the Canción del Alma by Edie Hill and the Agnus Dei, also by Barber. Sometimes when you listen to a concert you feel the repertoire is beyond the performers: in this case my impression was that the performers were beyond the repertoire. 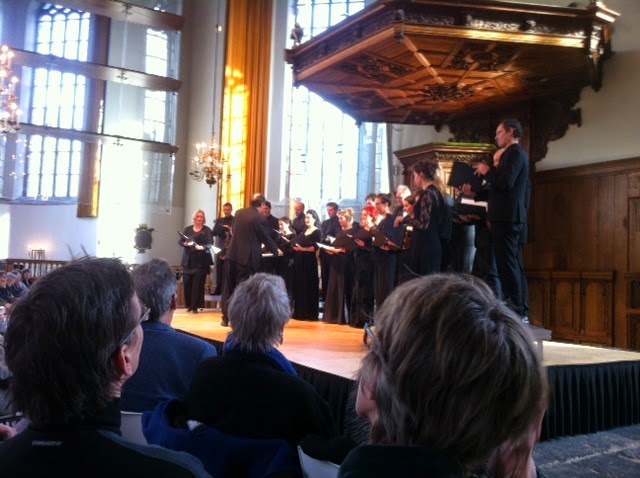 In the Reincarnations the most striking feature was the repetition of the name Anthony, passed from one voice to another, giving effective support to the following lines: After you there is nothing to do! There is nothing but grief!
Morten Lauridsen (b 1943) is a recognized composer, a National Medal of Arts recipient and “the most frequently performed  American choral composer in modern history”, according to his website. His O magnum mysterium  did not hold much mystery for me and neither was there anything very magnum about it, though it was pleasant enough I suppose. After Edie Hill´s Canción del Alma, the first half ended with Barber´s Agnus Dei. This piece has been done to death as a free standing movement for strings; in this performance for voices it is too fast to maintain the power of the instrumental original, and the high notes become irritating rather than moving. I was hoping for more after the interval. 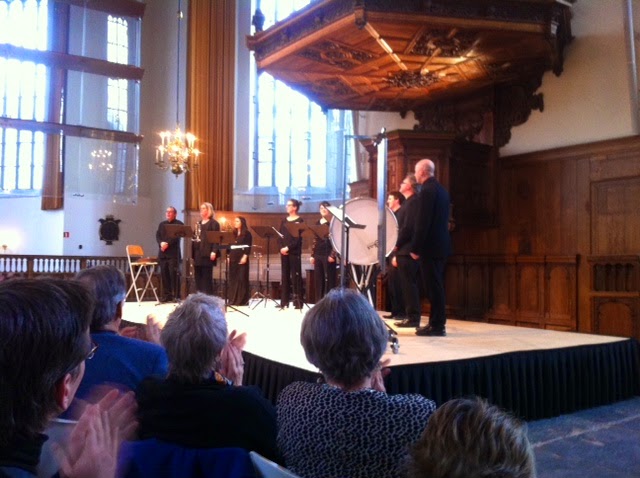 After the interval 8 singers were taken away and a set up of percussion  instruments were added. I think we lost out on the deal. I read that David Lang won a Pulitzer Prize for the piece we   sat through: The Little Match Girl Passion. Sorry but there was no passion here and his little match girl left me unmoved. There is a really nice musical show called The Matchgirls, composed by British actor Bill Owen and songwriter Tony Russell about the strike of London match factory workers in 1888 which really does have passion and which is worth performing many times: I know because I was involved in a production with school students in 1980 something. Sorry, but Mr Lang´s piece does not match up, if you forgive the expression.
We lost 8 expert singers and were dumped with a set of percussion instruments which the remaining singers had to juggle with as well as singing their parts. Why do some composers think they can tell non percussionists to bash around on percussion instruments and hope we will all have a good time? How would the singers feel if next time they found a bunch of percussion specialists doing their best to sing along while they played their percussion parts or if brass players were given extra notes to play on a random selection of woodwind instruments? I am not saying the singers did not perform at their best with the percussion instruments, just that I think the audience came off worst in the trade off between the 8 lost singers and the added percussion.
This concert was billed as In Amerikaanse Kringen: it´s hard to imagine that what we heard was the most inspiring or imaginative output of contemporary or recent American composers.


So, a pleasant enough afternoon, as always, at the Nieuwe Kerk. Next time I hope the repertoire will be more interesting.