This is part of a series of reflections on current or future repertoire as I take on the role of Musical Director for the Madrid International Choir, the English speaking choir in Madrid. 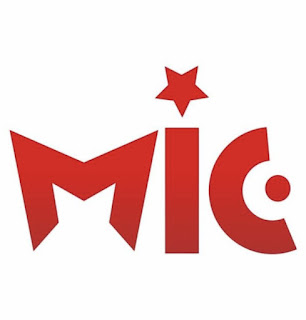 What is this music?

Va, Pensiero, also known as the Chorus of the Hebrew Slaves, is one of the most well loved opera highlights. Guiseppe Verdi 1813 -1901 composed the music for the opera Nabucco to a libretto by Temistocle Solera 1815 - 1878 and it was first performed at La Scala in Milan in 1842.

The text is inspired by Psalm 137:

“By the waters of Babylon we sat down and wept: when we remembered thee, O Sion.”*

Va, pensiero became the unofficial anthem of the Italian independence movement in opposition to the numerous foreign powers who controlled different parts of the Italian peninsula. The opera uses the imagery of the Hebrews enslaved by the Babylonian king Nebuchadnezzar to reflect the Italians as captives in their own land.

“Nabucco and the story of the Babylonian captivity are remarkable examples of the power of art as political allegory.”**

Why are we singing it?

It’s a beautiful piece of music, it’s extremely satisfying to sing and to listen to, and performing it connects us with choirs far and near who have sung Va, pensiero over nearly 200 years, be they full time professionals or serious amateurs.

Members of the Madrid International Choir will certainly have been a part of previous performances as singers or audience at some time and in some country or countries.

Victor DeRenzi gives a detailed description of the music as well as an analysis of the text, which is included in full in Italian and English in his essay for the Sarasota Opera.

“Like all great music, it functions on many levels - some of them easily accessible and some requiring a deeper look.

Often with vocal music, that deeper look is as much about the text as it is about the music itself.”***

Is it relevant to us today?

Musically, this piece is as powerful now as the day it was first heard in 1842: the arch-shaped melodic lines, the outer unison/octave sections contrasting with a centre section in harmony, the dynamic rhythmic interplay between sextuplet accompaniment and dotted eighth notes and the counter-intuitive major key all combine to give the piece expressive energy and emotional power.

Thematically, the idea of homeland could not be more relevant, both as a matter for humanity at large, and for ourselves in the choir.

Around the world the scale of migration is unprecedented. Human beings are leaving their homeland, many for tragic reasons, some because of a threat to their safety due to foreign aggression or persecution, others who face desperate lack of basic provisions for survival.

By contrast, in relatively tiny numbers, the more fortunate ones like many of us in the Madrid International Choir, left our homelands by choice looking for a better job, chasing a place in the sun, or following a partner who stole our hearts.