Going Dutch with Max Bruch: the Moszkowski Ensemble in The Hague 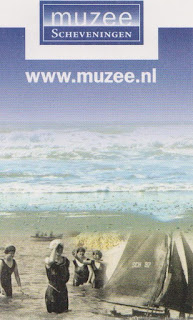 The Three Pieces Op 83 is quite something at 12 noon on a Sunday: all those throbbing  chords and broken chords flying up and down the piano to the viola´s  heart-rending melodies and the violin´s  passionate counter melodies! Maybe you are like me and have heard only a tiny part of this Romantic composer’s output. It´s a shame, his work deserves more attention. It was a pleasure to hear the Three Pieces so beautifully played and they followed naturally after the Sonata in F for Violin & Piano Op 57 by Dvorak.
This concert marks the last of a short series at the Muzee in Scheveningen in The Hague. The old school building has been lovingly converted into a museum, and as I noted in a review  of The Hague String Quartet concert, the acoustic in the recital room is excellent.

The Moszowski Ensemble are  Heleen Kuiper – violin, Paul Eggen – violin & viola, and Menno Boogaard – piano. On this occasion they were joined by a group of Heleen Kuiper´s students from the city.  The surprise entrance by the young violinists, playing Shostakovitch´s Prelude as they processed into the hall, was followed by the Vivaldi double Concerto Op 3 no 8 in A minor. The older players were clearly of an  advanced standard and soon they will be trying the solo parts for themselves, while the younger players were given the less challenging movements. It was all very sweet and well prepared and all the attendant parents were clearly delighted.

I was confused and surprised when Hellen Kuiper announced the encore piece. Actually, I spend quite a lot of my time confused here in Holland because my grasp of Dutch is pretty limited or pretty awful. But, yes, I had heard correctly and they played one of Piazzola´s gems. Now here is a funny thing: I admire the Argentinian maestro very much, as I have written before  . But music is very much about context and this work did not stand up well in such direct and immediate comparison to the Bruch pieces. The similarity in instrumentation made the power of Bruch’s music all the more obvious, and left the sugary sweet cleverness of Piazzola bare for all to see, or hear. There is no question that the Moszkowski Ensemble playing was perfectly up to the task these three musicians from The Hague can play anything set before them: it was the music itself that paled by comparison.

I remember Alan Hacker, the recently deceased clarinettist and conductor,  used to encourage his students to avoid including tune-ettes and to go for what he called real music when preparing a programme. I think this  is just what he would have had in mind. See Norman Lebrecht   for a powerful obituary.

So, the star of this show was certainly Bruch for me. Thank you to the Moszowski Ensemble, their young players and the Muzee in Scheveningen for a really enjoyable Sunday morning.